For the past 5 weeks I have been trying to get good turkey photos.  Past attempts did not work out well.  Either no or very limited opportunities.  Finding the birds on the roost was not a problem.  Getting pictures after they flew down was a problem. 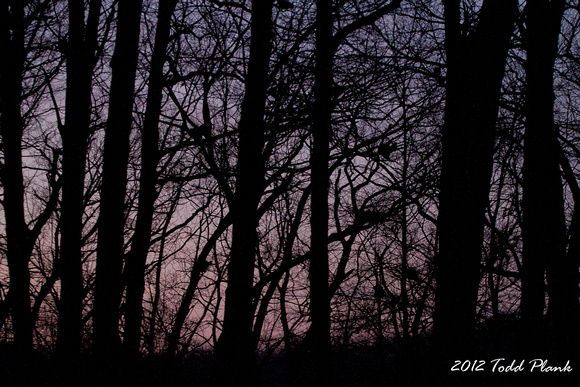 Last Sunday the birds flew off roost, down the hill across a creek and onto the creek bottom.  Getting to the other side required going back to the truck and driving around to the other side.  Walking in I jumped a few deer.  Joining me this morning is another photographer friend, Rick.  We got set up by some trees and Rick starting working his turkey calls.   After close to an hour with very little photo opportunities, except for a squirrel,  we picked up and moved to a location in front of us. 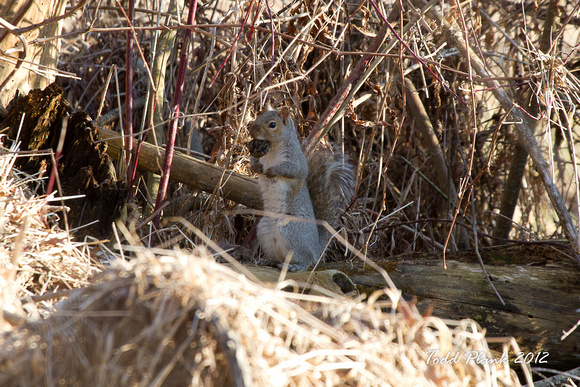 We had seen turkeys in this area but they were too far out or behind brush.  No sooner had we set down that Rick saw turkeys out ahead of us.  Over the next 10-15 minutes we had 24+ jakes (immature gobblers) parade by us at 30yds or under. 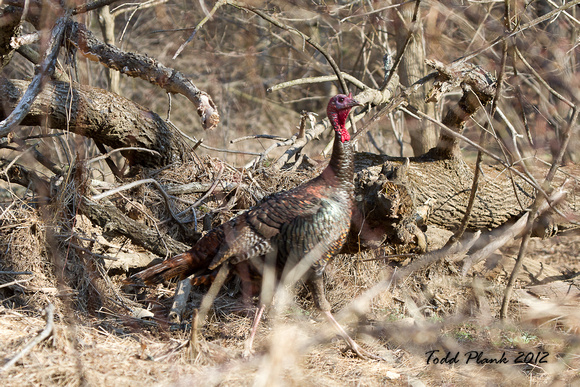 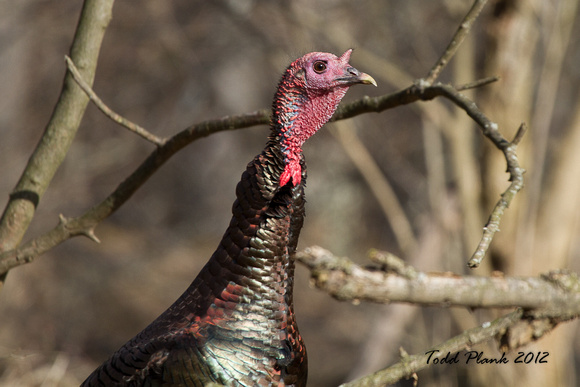 This past Sunday (March 4, 2012) found Rick and I back out for another opportunity at turkey photos.  This time we went directly to the creek bottom where we watched the birds fly down too.  Rick brought a blind along.  With very little effort, the blind was set up and we were sitting pretty inside waiting for the action to start up.  During this whole process, the gobblers made their presence on roost known as they gobbled at passing geese.  As daylight increased, we could see the birds up in the trees across the creeks getting ready to fly down and hit the ground.  Once the fly down occurred, it seemed like dive bombers were headed our way as the birds glided down and landed 50yds ahead of us.  For the next 90 minutes we had birds strutting, gobbling, fighting and giving us opportunity after opportunity for photos and video.  Just about all the birds were Jakes again.  We saw one mature gobbler but could not get any photos. 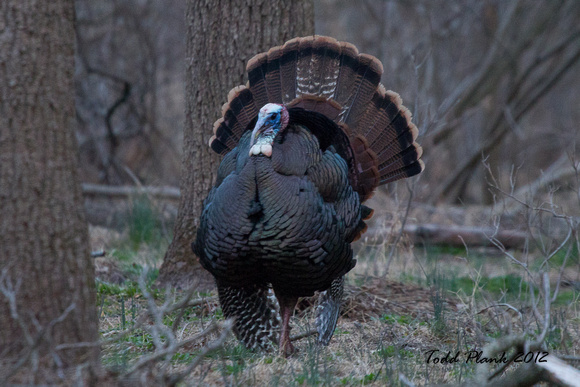 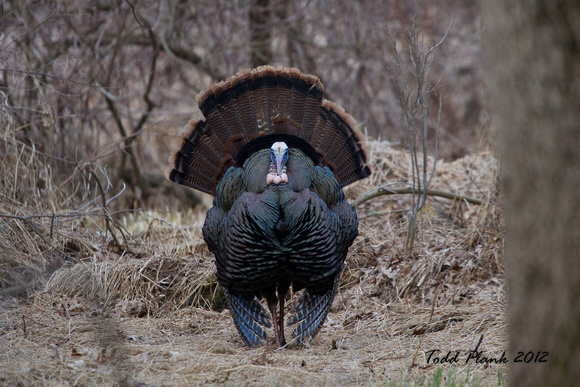 And a bunch of video