Arrived in the creek bottom just as it was breaking dawn, hoping to catch the turkeys coming off roost again this weekend for photos.  Half the battle was complete, the birds were visible up on roost.  Now, time to wait for the other half and get them on the ground and in camera range.  Birds started pitching down out of the trees and onto the hill across the creek.  One after another they flew down and then proceeded up the hill to a power line right-of-way on the other side.  It became apparent pretty quick that I was not going to have a morning like I did last weekend.

After sitting for a little a lone gobble could be heard up the creek bottom and it was getting closer.  Finally, a lone Jake was coming towards my set up, resulting in a couple photos and allow me to say I was not skunked this day. 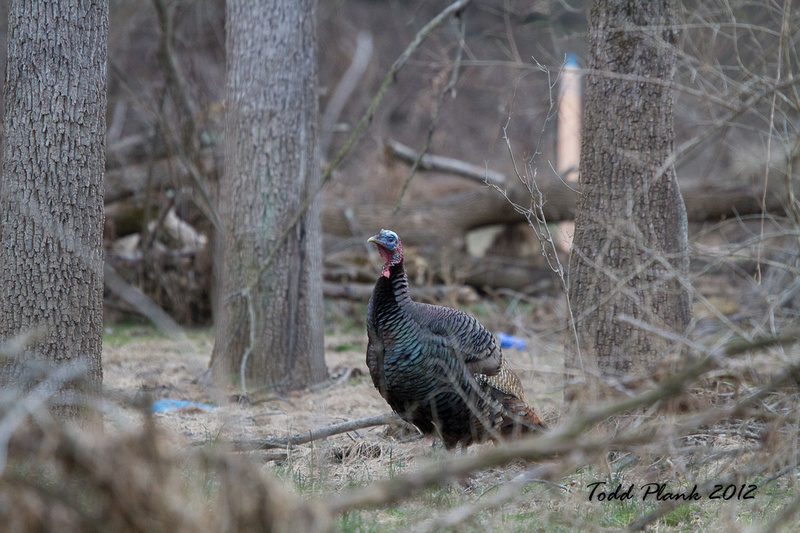 I packed up and headed to the other side hoping to intercept the turkeys.

On the other side of the creek there is a small grassy area and the Bluebirds were out. 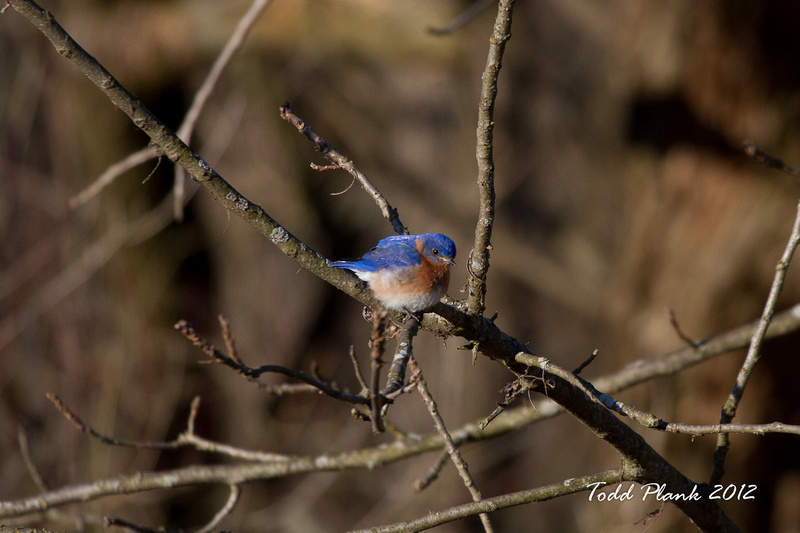 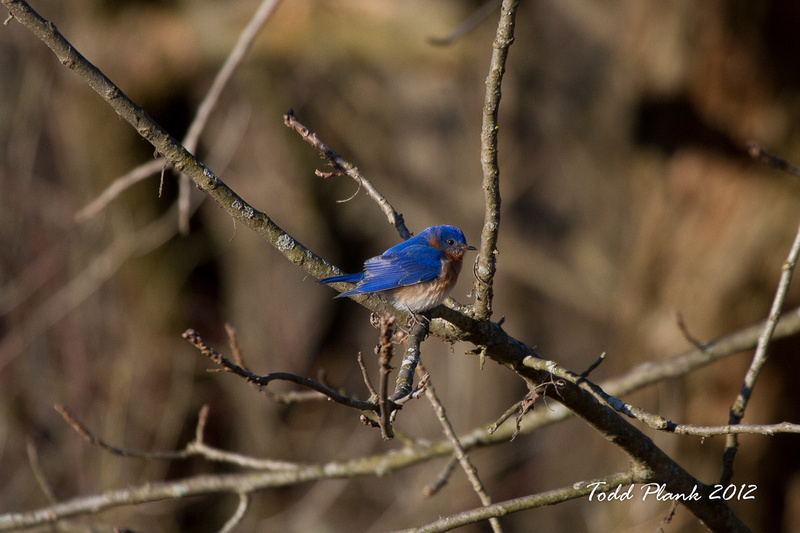 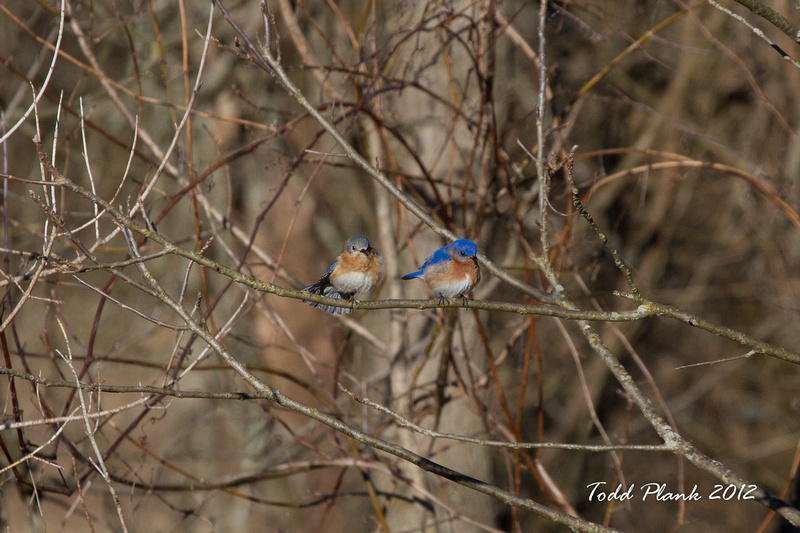 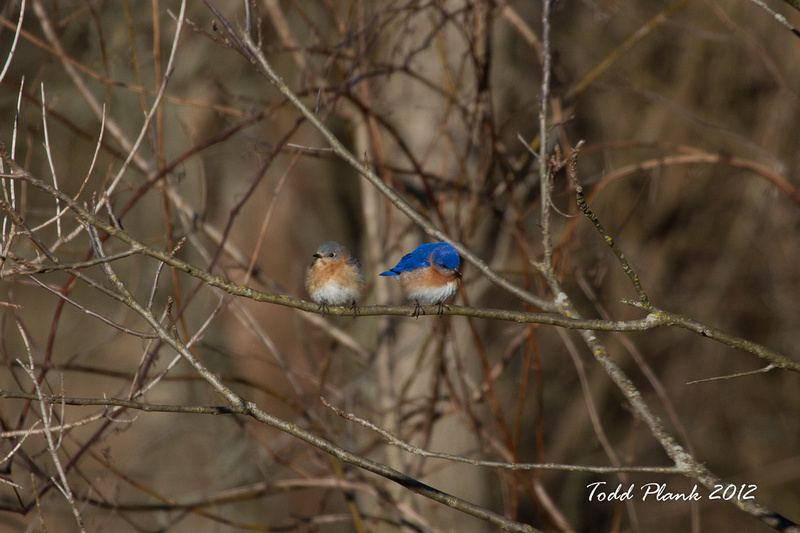 For photos, nothing else was to be had.